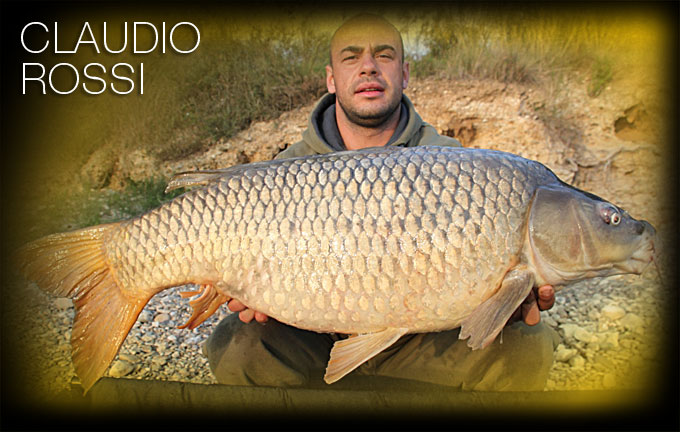 Claudio Rossi was born not so far from Siena on January 15, 1984 and started fishing during the childhood, together with some friends, in a small river. The first experiences had seen him fishing with Bolognese rod, but very soon he got bored with it, as he found far more exciting the bottom fishing with alarm bell fixed on top tip of his rod. The early catches made him affected by “carp madness”, into which he got head and shoulders to learn the basics and try all possible venues.

With the first motorbike, it became easier for him to move in search of new emotions, and in a short time he fished almost any water around his home town.

Step by step he then built up his carp tackle, with specific rods and reels, rod pod and bite alarms, plus everything needed to face his total passion for carp.

His first job enabled him travel along the whole country, offering him the chance to meet the experts, learn more and also refine the carper’s mentality, until the wish to widen his knowledge pushed him to fish abroad. Fishing all over Europe brought him record carp and made him quite expert about most European carp waters.

France, Spain and Eastern countries are his favourite destinations, even though he is always open to face new venues. In the recent time he has successfully cooperated with some magazines and some tackle companies, also taking part to some videos, both for satellite TV channels and DVDs.

If you ask him which is the personal best, he answers: the fish I will catch tomorrow!