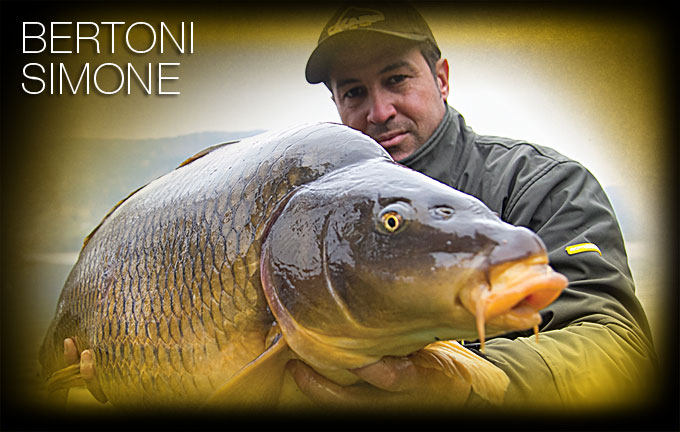 Born in La Spezia on 10 April 1974 has always been considered the "Young Old "of the Italian carp fishing, as they are over 20 years of militancy in the world of carp-fishing.

His photos and his articles appear in magazines since 1990 and his fishing experiences in European waters make him the most prominent element also in foreign land.

Absolute specialist for River fisheries, has collaborated with main Italian and European magazines and after a few years back to join the group TUTTOCARPA and SILURO. Starred in numerous fishing videos for the satellite channels, has a significant experience in construction and improvement of materials and baits for carp fishing.

Spain, France and Eastern European countries have always been his favorites, from which he returned frequently with catch and reportage of the highest level. Danube, Ebro, the Volga are some of the rivers in which he know better, storing a considerable wealth of experience which would make it one of the most respected carp anglers of the entire landscape.

"The important thing is not the weight, but the emotions that you will try" this is the philosophy with which I grew up as carper and that now I try to teach to young people who come to this beautiful discipline.

Carp fishing is: research of absolute challenge, catching in every water and every condition; touring the world in search of the dream of the best caught.

The real carpers is the one who throws challenges to all environments and always gets up. To you who read these lines I can only advice: go fishing, anywhere who wants to do, because surely learn something new for you and the carp.